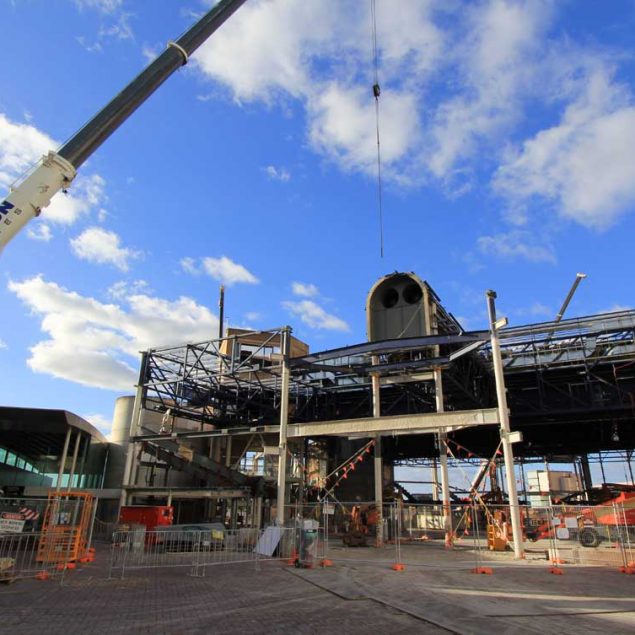 The Convention Centre underwent a redevelopment that was delivered over two stages. The first stage, being a new building being expanded Westwards over the railway lines to link with the Morphett Street Bridge.

The demolition of the Plenary Building formed the first past of Stage Two of the project, and was undertaken over a seven month period, making way for new infrastructure to be constructed.

The existing three storey Plenary Building, was originally built using a structural steel frame clad with 350 precast panels, sitting on a suspended slab. Due to the nature of the suspended slab, a traditional method of mechanical demolition was eliminated by all parties, and the method of deconstruction, the majority of this by crane, was executed.

Due to the project’s intricacy, McMahon Services were engaged to provide expert advice on suitable demolition methods during the project’s conception and feasibility stage. This Early Contractor Involvement (ECI) process required a genuine collaborative approach by all parties to enable clarification of scope, stakeholder expectations, program and budgets to develop and clearly define appropriate work methods. McMahon Services engaged a temporary works engineer, Aztec Analysis, to verify the impact of its proposed work methods on the Plaza Structure and surrounding buildings, conducting over 50 critical lift studies. This independent verification process was a critical factor, due to the nature of the suspended slab construction of the Plenary Building and close proximity to neighbouring buildings.