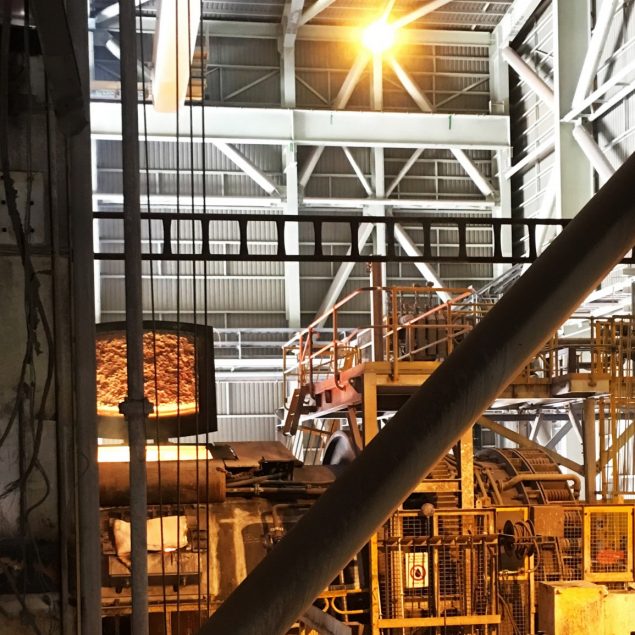 Olympic Dam Mine located 560km north of Adelaide, is one of the world’s largest deposits of copper, gold and uranium and also has a significant deposit of silver. BHP’s Olympic Dam mine operates as a fully integrated processing facility transforming ore to metal.

BHP contacted Ballestrin, a subsidiary company of McMahon Services, requesting assistance to undertake concrete repair works in the mine’s Electrical Furnace, which was a critical path item on BHP’s shut down program for the site. Years of exposure to the smelter furnace had caused heat damage to the concrete and a significant portion required demolition and rebuilding.

Cleaning was undertaken using air compressors and hand brushes removing debris and deleterious materials from the newly exposed concrete face. Formwork for the concrete works faced the additional challenge of catering for surrounding pipework. A grout mixer and high-pressure grout pump with a reach of 60m applied Renderoc LA55 Plus mortar for the replacement concrete works. A primer and curing agent were also utilised as well as a protective Fosroc Nitocote EP410 coating applied to the finished vertical and horizontal surfaces, each to provide future protection against future heat exposure the concrete will be subjected to.

A key challenge facing the project was the assembly and disassembly of scaffolding without impacting other works occurring adjacent to the concrete repair works. Rosters were also tailored to take advantage of access opportunities that aligned with downtime in other works performed by BHP and other contractors. Due to the high risk natured of the works such as operating in a confined space and construction adjacent to hot works, extensive job safety environmental analysis was undertaken and several safe work method statements were developed and approved before any works commenced.

Despite all the challenges and a tight timeframe required to complete the works, Ballestrin completed all works on time and without incident, allowing BHP to maintain critical path programmed works for their planned shutdown.