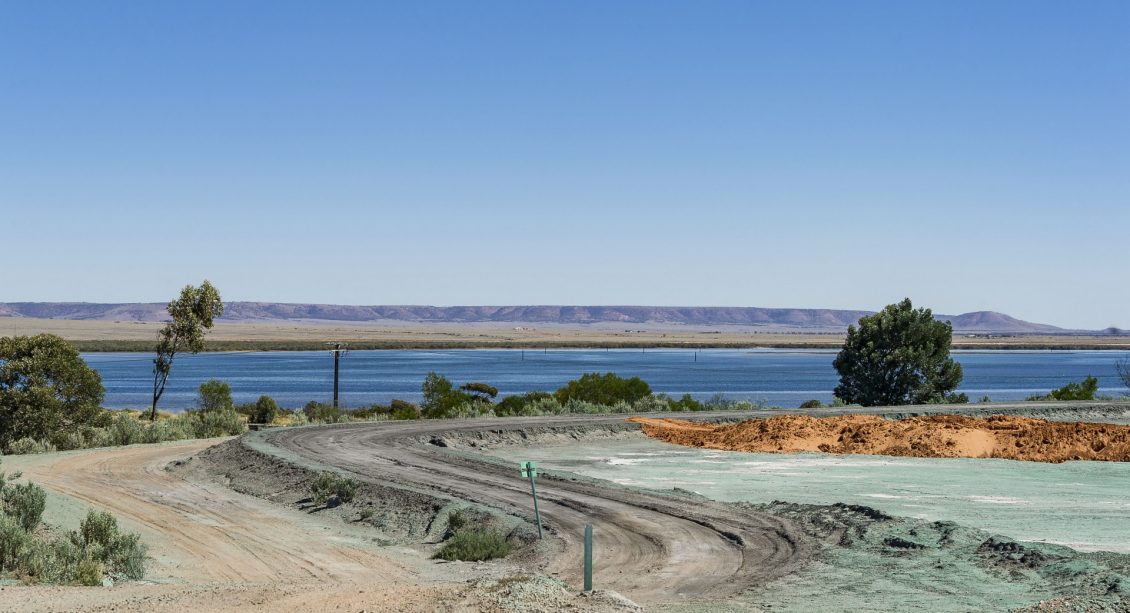 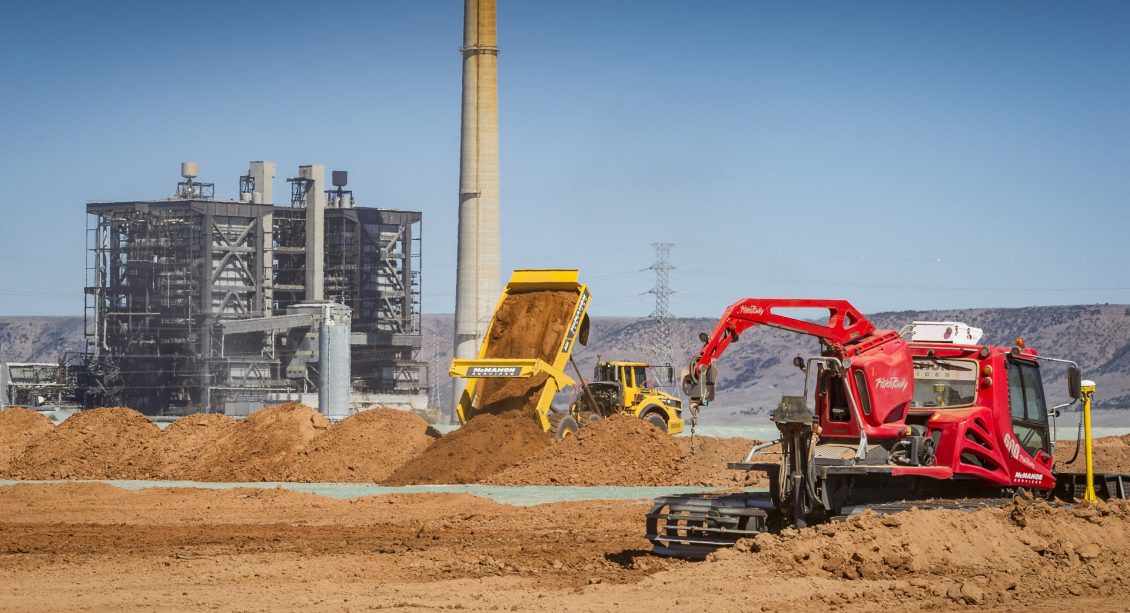 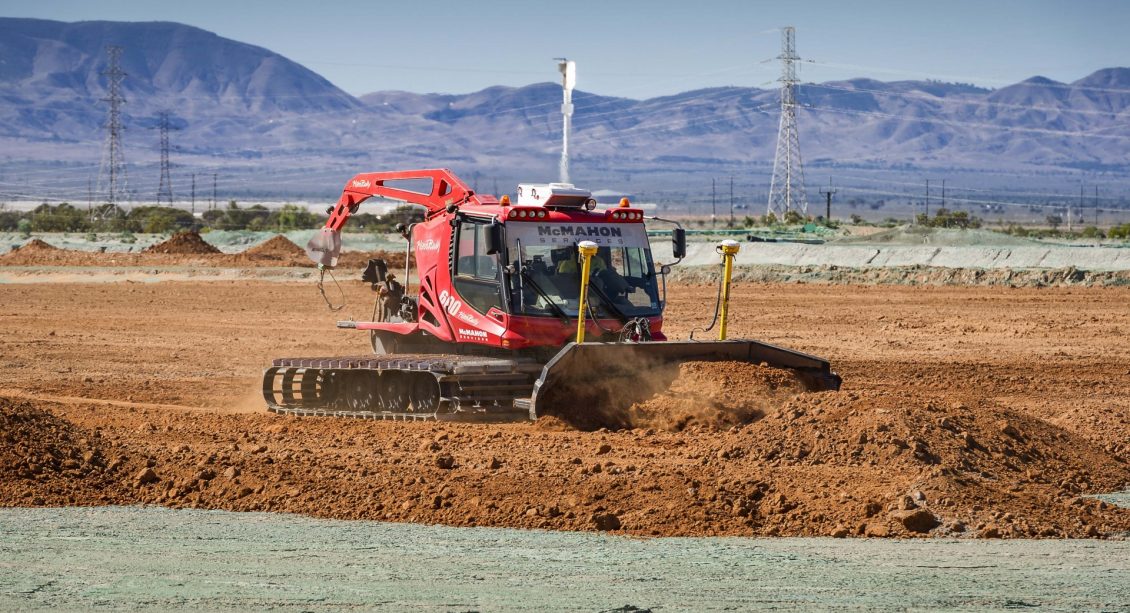 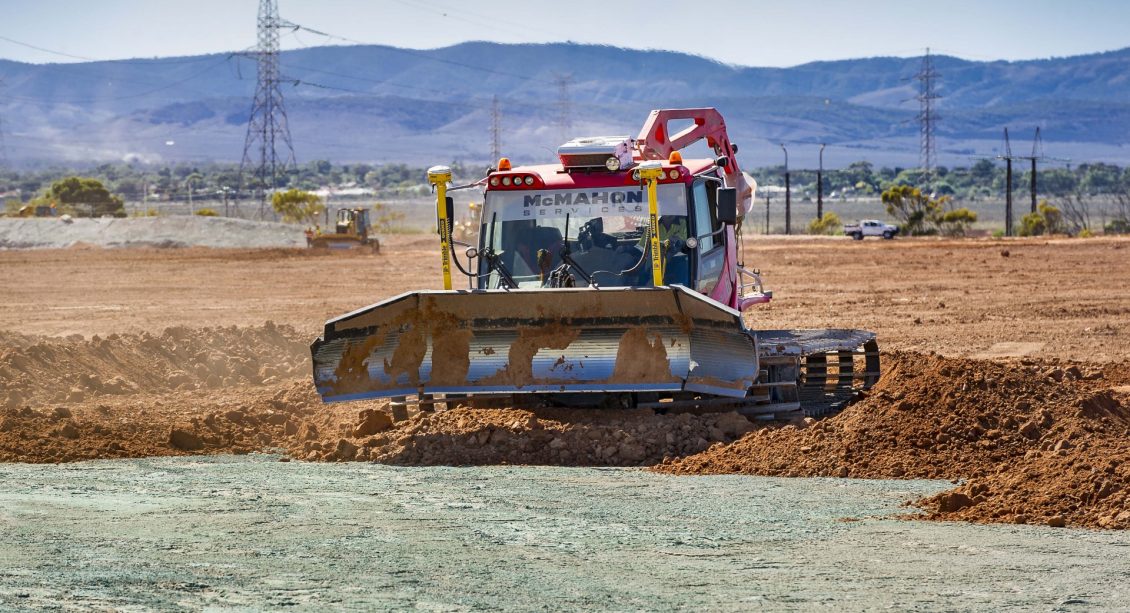 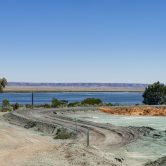 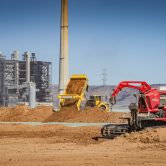 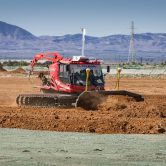 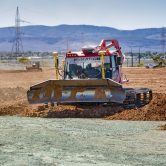 While the Augusta Power Stations remained operational, a by-product of the power generation process was coal combustion residuals or ‘ash’ produced in large quantities. The ash required ongoing storage and management to minimise its impacts on the local environment and community and to contain the ash within the power station land.

Historically ash was mixed with seawater pumped from the Spencer Gulf to form a slurry that was then discharged into a series of retaining basins called the Ash Storage Area. While the Augusta Power Stations were operational, the seawater slurry method ensured that moisture allowed a salt crust to form on the ash surface and therefore prevented dust being generated during windy conditions.

Built progressively since the 1950s, the Ash Dam was designed so slurry would be deposited at its southern end and the particles would progressively deposit as the seawater slurry flowed north. By the 2000s, the 273ha Ash Storage Area consisted of three main parts:

When the power stations ceased operations on 9 May 2016, the slurry mix no longer ‘benefited’ from the addition of ash and therefore the levelling salt crust was not developing as eﬀectively. This created the potential for dust generation and the development of erosion. This was a concern to Flinders Power as well as various stakeholders including the Environmental Protection Authority (EPA), particularly because of the site’s close proximity to the townships of Port Augusta and Stirling North and the wider Port Augusta community.

McMahon Services was engaged to undertake the Ash Storage Area Rehabilitation works as framework standalone contract. A design and construct delivery methodology was enacted for the Ash Storage Area Rehabilitation project with McMahon Services developing processes to rehabilitate the site with minimal impacts on the surrounding environment. Many options were explored, with the following approach being selected and adopted for the project.

Application was not possible using traditional water trucks as the geotechnical properties of the ash meant such large vehicles would sink due to their high-ground pressure wheels. McMahon Services engaged aviation contractor Aerotech to provide an Air Tractor (AT) 802 single engine fire-bombing aircraft with a pilot to evenly distribute the suppressant across the Ash Dam. Approximately 3,100L of Vital Bon-Matt solution was distributed with each run. The suppressant was dyed with green food colouring providing a clear indication of areas covered. The process enabled 212ha to be covered in what is believed to be a first in Australia.

The second stage required covering the Ash Dam with 150mm of material composed of a sand and clay blend sourced from a borrow pit approximately 1km from the site. A combination of a D9 dozer with 30t and 45t excavators were used to load up to fourteen articulated dump trucks with the borrow pit material, which was then delivered to the Ash Dam. Several D6 swamped tracked dozers worked together with a D7 dozer concurrently to construct 4.0m wide by 0.5m high embankment fingers into a lattice arrangement across the site, allowing the cover material to be distributed evenly across the Ash Dam. Extensive traffic management plans and haul route optimisation programs were developed and implemented to minimise vehicle movements and vehicle interaction areas as well as optimise run times. At the peak of operations there nearly 300 truck movements per day.

Like the water cart, ground pressures exerted from standard earthmoving dozers and dump trucks were too high to operate outside of the fingers that were constructed across the Ash Dam. To mitigate this, McMahon Services purchased a PistenBully 600 snow plough from the German manufacturers and then modified the wide-tracked, low ground-pressure vehicle to evenly spread out the soil clay blend across the site, reaching areas other plant and equipment could not. Additional low ground pressure, swamp tracked D6 dozers were utilised together with the PistenBully to spread the borrow pit material using GPS inbuilt controls to a uniform depth of 150mm across the Ash Dam. By project completion, over 470,000m3 of borrow pit fill material will cover the Ash Dam preventing future dust generation and providing a growing medium for vegetation to establish as part of the seeding works.

The final project stage was the seeding of the Ash Storage Area and Borrow Pit with Poaceae (grasses), Zygophyllum (arid and semi-arid flowering plants) and Chenopodium (non-woody stem flowering plants). Seeding was carried out in the winter of 2017 using mechanical broadcasting methods. Once established, the plant root systems will provide additional binding to the soil particles while the foliage will provide ground surface protection from the impacts of rain and erosion.

The Borrow Pit was adjacent to areas of significant native vegetation and Aboriginal heritage requiring appropriate zone and demarcation from the work sites. The design perimeter of the Borrow Pit was optimised to incur minimal impact on native vegetation. A senior archaeologist was assigned to the project to provide ongoing assessments of potential sites of significance.

Other than aerial works, all major works were self-performed by McMahon Services personnel, plant and equipment. Workforce peaked at 22 and overall 25,000 workhours have been completed on the project so far, incurring nil safety or environmental incidents.

The Augusta Power Stations Ash Storage Area Rehabilitation project required extensive civil works to be undertaken. Low-ground pressure earthmoving equipment was selected where possible due to the soft surface of the Ash Dam. Exclusion zones were established around the works to delineate personnel from the plant and equipment. Spotters with radio contact to operators were utilised where delineation could not occur and flashing lights and audible reverse beepers were mandatory on all mobile plant. Spotters remained in visual or radio contact with the operator providing positive communications at all times.