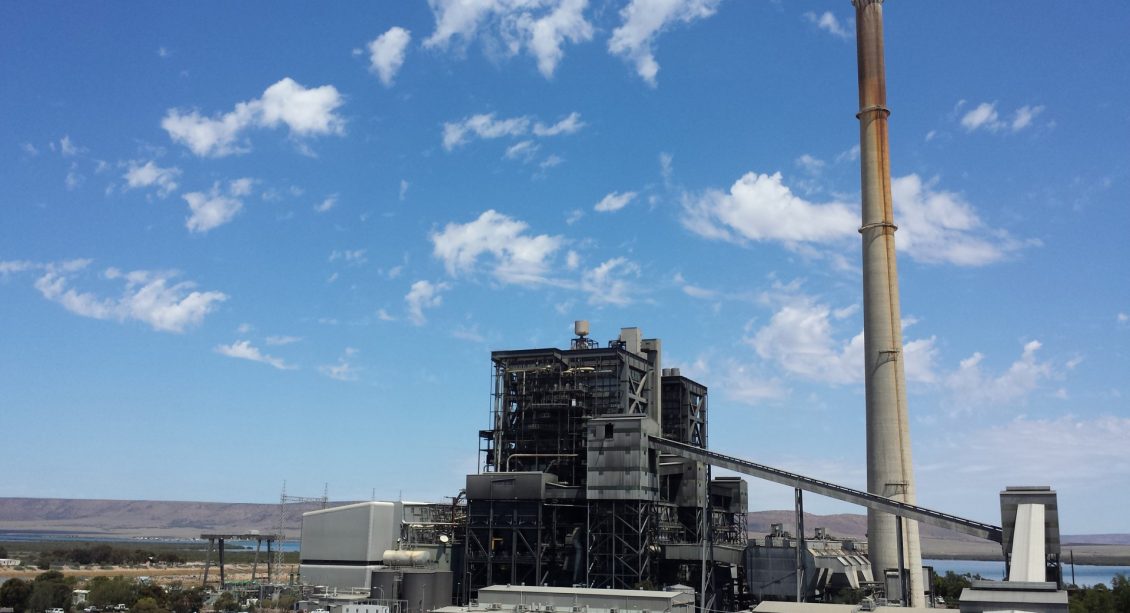 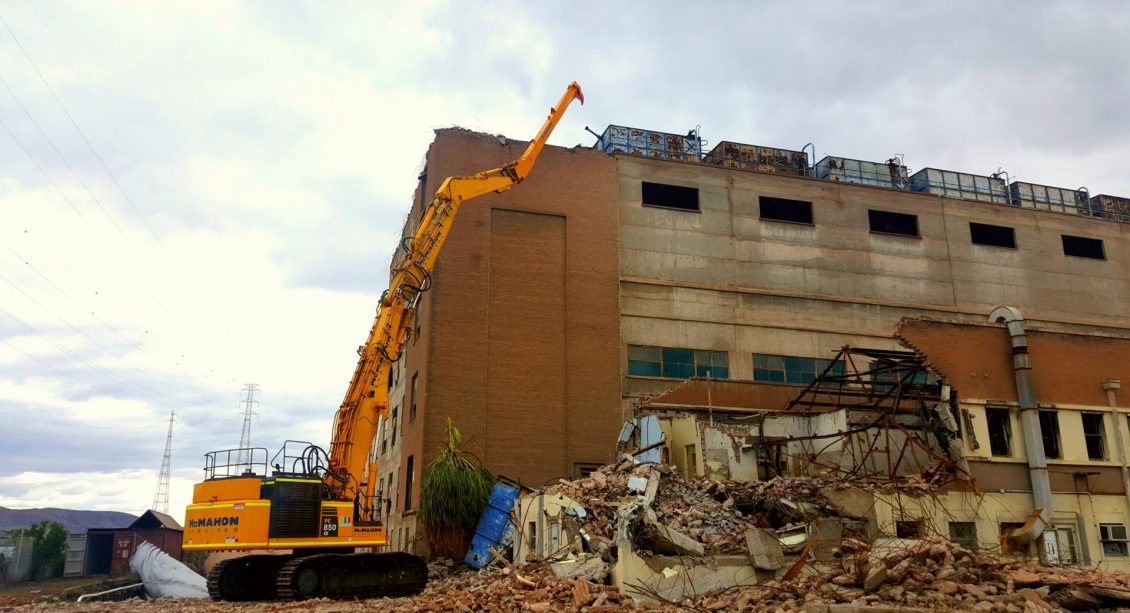 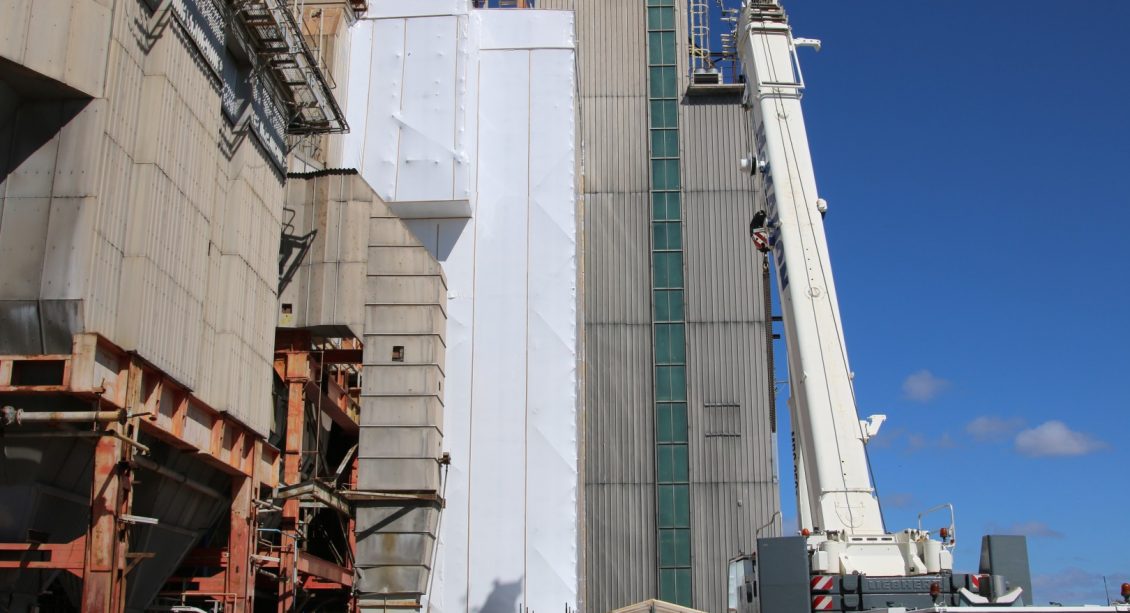 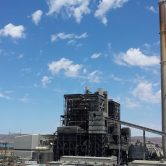 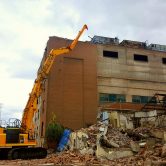 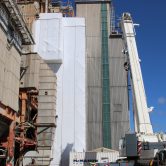 This is a unique delivery model for McMahon Services, with an Alliance Leadership Team formed with Flinders Power who share our strong commitment to delivering the project in accordance with our core values of Safety, Teamwork, Leadership and Integrity. The Alliance will see the partnership of both the Owner Party (FPP) and Non-owner party (McMahon Services) to create a single team working unanimously, collaboratively, and cooperatively and acting in good faith to make best-for-project decisions.

The last day of power generation was the 9th May 2016. Mobilisation to site and the commencement of the two year program occurred in June 2016.

McMahon Services and Flinders Power have worked closely with specialist demolition contractor Precision Demolition to undertake some of the largest and most complex charge felling works in Australia. In September 2016 the significantly deteriorated 60 year old Playford A Stack was successfully and safely felled, reaching the first major milestone in the two year decommissioning program of the Power Stations.

Flinders Power Managing Director, Michael Riches said “felling of the stack early in the two year program allows for more efficient demolition of other areas of the site and enhances safety for personnel working in and around the ‘Active Demolition Zone’ at Playford.” said Michael.

Plans are currently in place to fell the remaining two exhaust stacks, being 200 metres and 79.25 metres in height. Detailed engineering and design works are underway for the separation and felling of two off 80 metres high hanging boilers with structural steel columns up to 2 metres in section and 70mm thick. The project will see the use of approved on-site magazines along with international shipments and licenced import of explosive charges.

We have a wide range of cranes, working at heights equipment and heavy haulage plant. Further to this fleet, McMahon Services, in partnership with Komatsu have commissioned the largest excavator shear attachment in the world; specially designed to fit our new 400 tonne demolition excavator. McMahon Services have provided dedicated on-site mechanics and boilermakers on the project to ensure machines operate with minimum stand-down time and at maximum safety standard.

The Alliance provide regular project updates to workforce and local community in the form of newsletters, regular face-to-face meetings with local government authorities and emergency services, as well as frequent project status reports to stakeholders and regulatory bodies. A detailed Stakeholder Management Plan has allowed for the open and effective communication between the Alliance and all project stakeholders.