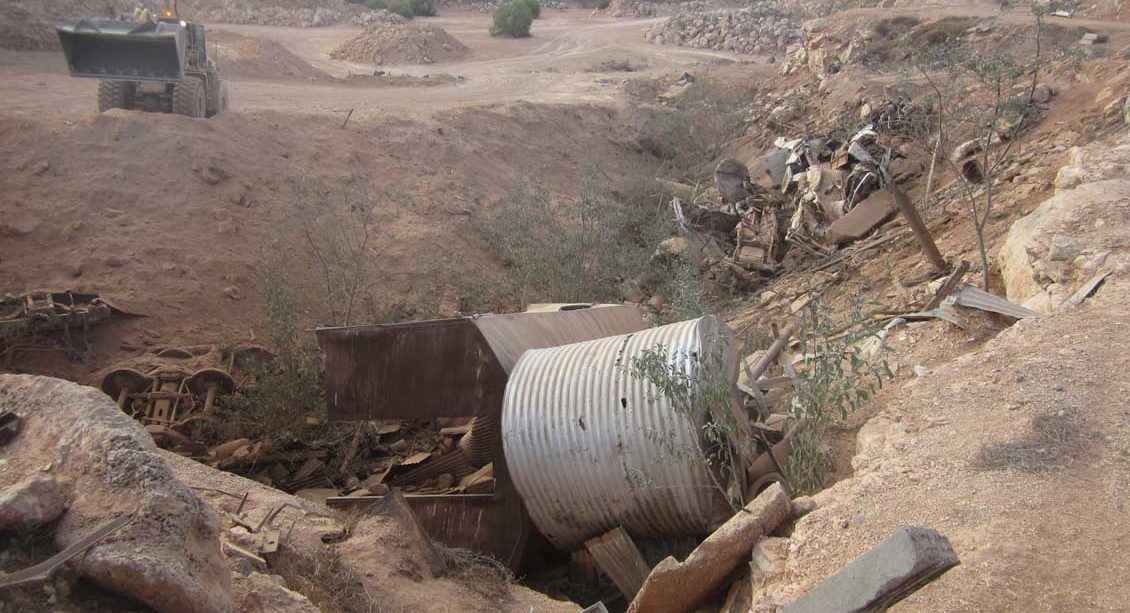 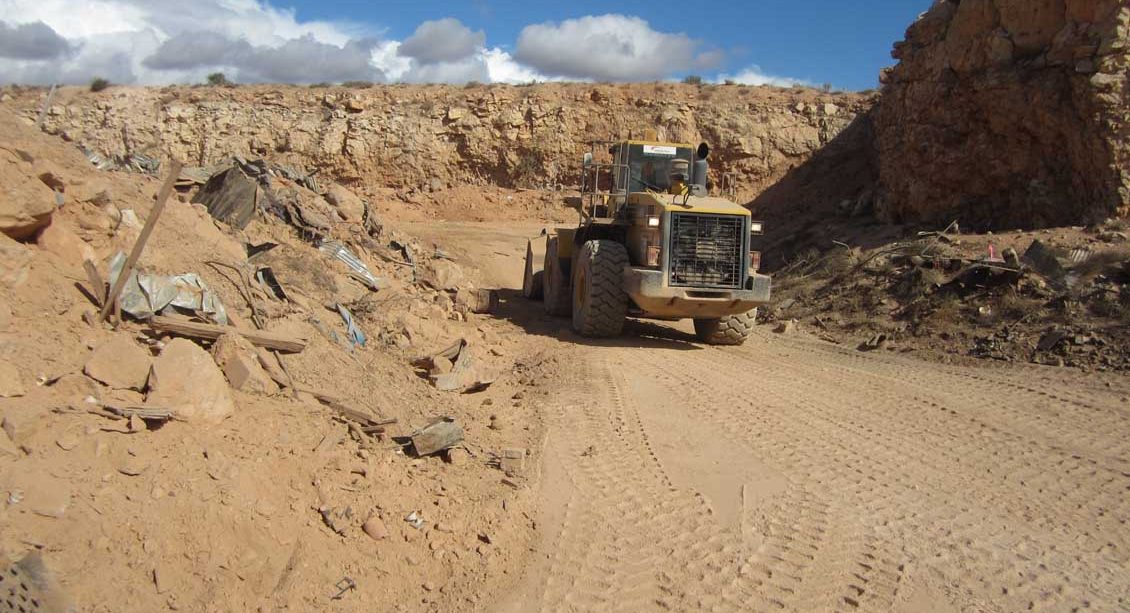 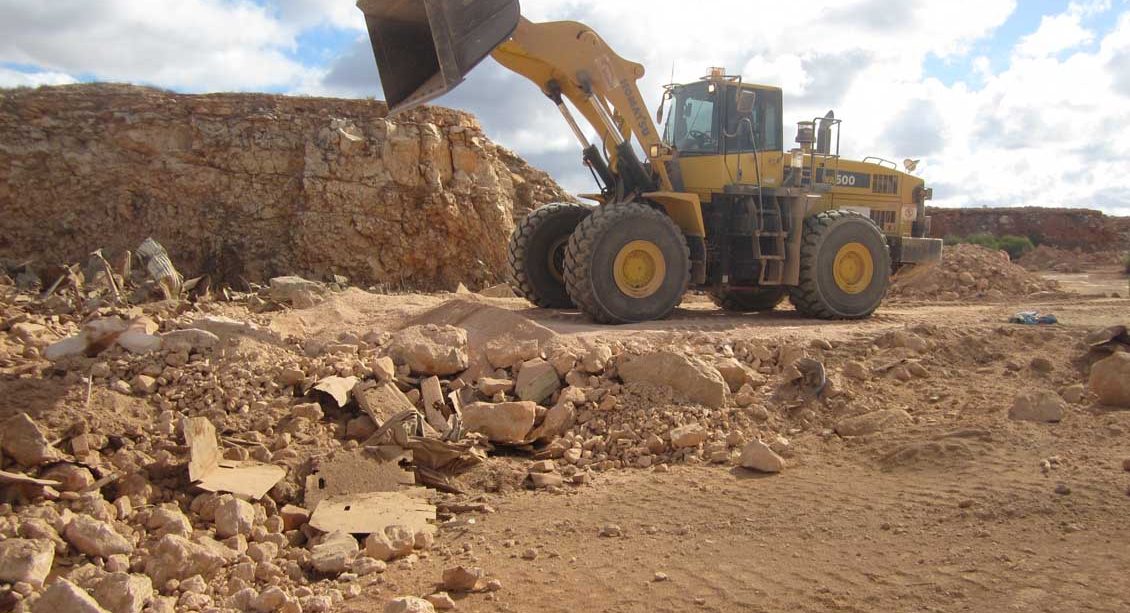 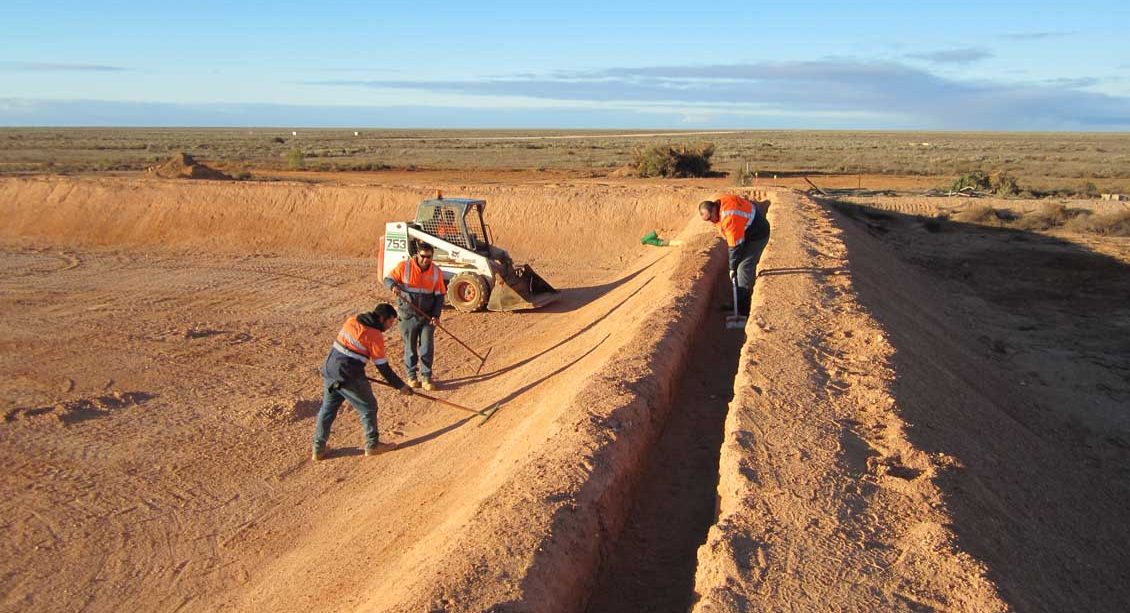 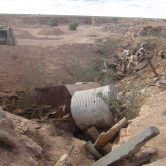 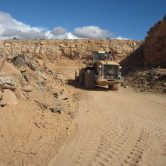 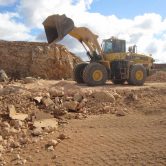 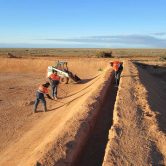 Half way between the 2691 kilometre journey from Adelaide to Perth, a team of six from Intract Indigenous Contractors mobilised to the virtual ghost town of Cook in South Australia to commence remediation works at the local landfill site.

Located in the middle of the Nullarbor Plain, the town now only serves as a diesel refuelling facility and provides overnight accommodation for train drivers working on the Trans-Australian Railway from Port Augusta to Kalgoorlie, with a population of just four permanent residents.

This remote project contracted by Genesee & Wyoming Australia (GWA) called for the remediation of an old quarry that had served as the Cook Landfill site and sewer pond measuring 50 x 40 metres, along with the reinstatement of a new liner.

GWA was commissioned to prepare a Site Closure Plan for the Cook Landfill site and assist in the transfer of ownership of the Cook Railway site to Pacific National.

Living away from home for four weeks, the first step for Intract was to establish temporary site accommodation equipped with sleeping quarters, shower facilities, a kitchen and satellite television.

The team then commenced work on the sewer pond, including disposal of the existing fence, concrete posts and chainmesh. A Komatsu 500 loader removed the tree roots, the old liner and sludge, which was then stockpiled and carted to the landfill site, totalling some 1,200 tonnes, using a truck and trailer.

Once the liner was completely removed, the existing pond base was inspected and areas impacted by the water prepared for remediation. The batters were also reviewed and repaired as required.

After preparation works were complete, the new liner was moved and folded out into position. The earth bank was reinstated in layers, compacted and shaped to match the existing bank.

Using a new six tonne excavator, an anchor footing was dug around the top of the earth bank and then the liner unrolled and fixed around the inlet pipe. The liner was then placed into the anchor footing progressively backfilled with site won material and then compacted. To create a new base for the liner, five loads of sand was transported via road train from Ceduna in the State’s northwest.

To finish, new and existing fence posts were concreted to mark out the top of the earth bank and gates installed around the perimeter.

Intract was also contracted for additional clean-up work once mobilised to site. This involved the removal of old car bodies, water drums, whitegoods and furniture spread across the town.