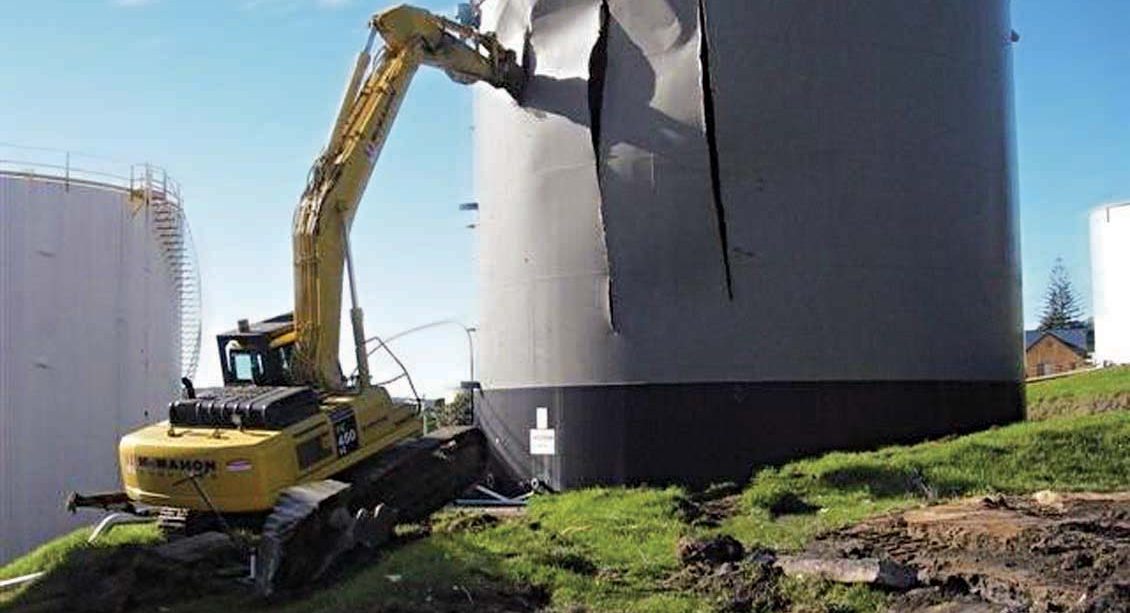 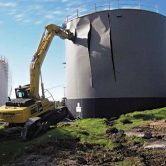 Demolition of structures and extensive remediation works to reinstate the Mobil Eden site.

The coastal region around Eden is regarded as pristine and is home to a substantial fishing fleet. These factors made the dismantling of the Mobil complex at Eden environmentally challenging. McMahon Services, in their agreement with Mobil, had to be rigorous in their approach to environmental management given that the site was only 100 metres away from the waterfront.

McMahon Services was contracted demolish and remove all structures from the non-operating facility, along with extensive civil and remediation work to reinstate the site.

The project team delivered the following scope of works:

The project resulted in 1,500 tonnes of brick and concrete consigned to landfill, along with 400 square metres of sheet asbestos consigned to a separate dedicated landfill.

There was considerable contamination of soil, which was treated on site with stabilising agents including urea. This stockpile of treated soil was covered and remained on location.

A key part of this exercise was to ensure that all contaminants were contained on site, so McMahon Services constructed bunds to ensure that stormwater could not carry site material into the adjacent waterway. Local labour was used to care for and monitor the ponds during the process.

“I think the local region has rarely experienced the weather conditions that McMahons endured during the time of this project. It was bitterly cold and we were receiving up to 100mm of rain a day and that was coming horizontally due to incredibly strong winds. The mud turned to slush and came up to the top of the excavator’s wheels.

Nonetheless, the McMahon’s crew kept at it and finished the project on time and to budget. Unusually, various Mobil executives contacted McMahons and congratulated them for finishing the job in good time, under trying conditions, and maintaining the environmental strictures. It was a job well done” – Brian Watson, Mobil Australia.